Eastern Avenue NE is one of three boundary streets between Washington, DC, and the State of Maryland. The District Department of Transportation (DDOT) records indicate that Eastern Avenue NE was constructed with 8” reinforced concrete and topped with 2” asphalt.

DDOT has proposed improvements on Eastern Avenue, from New Hampshire Avenue NE to Whittier Street NW in order to do the following:

Some possible improvements include new bike lanes and sidewalks, as pictured below. 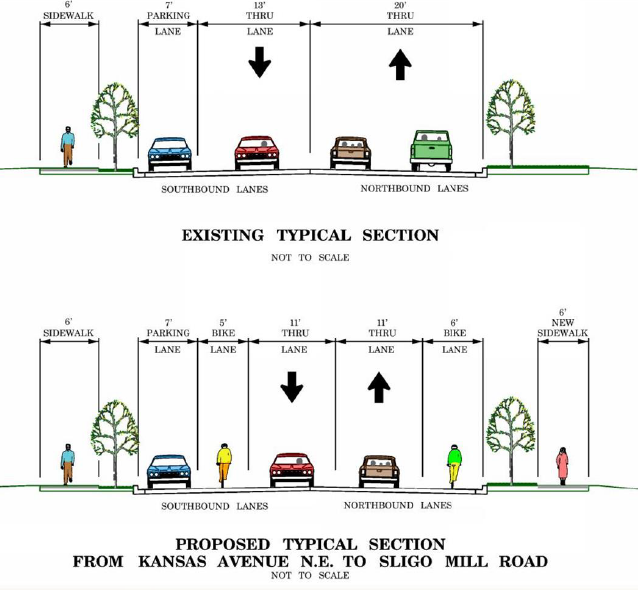