Mayor Muriel Bowser is working to make streets safer across the District, and the Stanton Road SE Bikeway Connections Project is an important piece of that commitment.

What is a Connector Bikeway?

Characteristics of protected bikeways include:

Stanton Rd SE is one of only a few roads that connects Suitland Trail, Alabama Ave, and Mississippi Ave, all of which have existing or proposed bike facilities. It also has sufficient space in most places to include a dedicated bike lane without moving anything else on the road. While the road is very hilly, it is a good one to connect routes through some of the challenging topography of the area.

When did this project start?

This project has been in development by DDOT since 2016. In 2018, DDOT added the segment from Suitland Parkway to Alabama Avenue to its annual work plan, but the early onset of winter weather curtailed construction in 2019. With the inclusion of Mississippi Ave. in the 2019 plan, DDOT added a project to develop three additional blocks toconnect Suitland Parkway and Mississippi Avenue, The connector bikeway was presented at the April Ward 8 Traffic Safety meeting at the Bellevue Library, and notice was sent to the ANC in April 2019 of DDOT’s intent to begin installation in 2019. 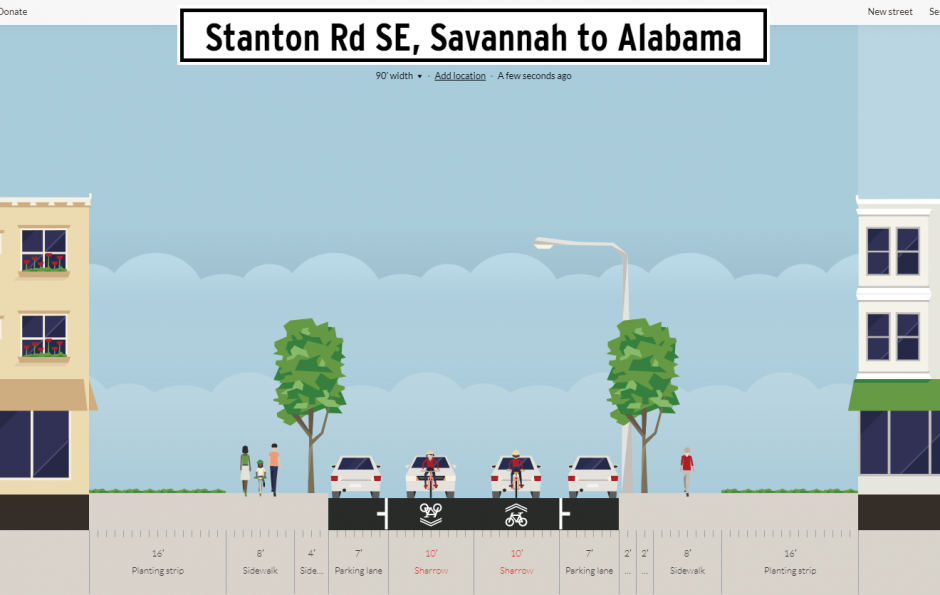 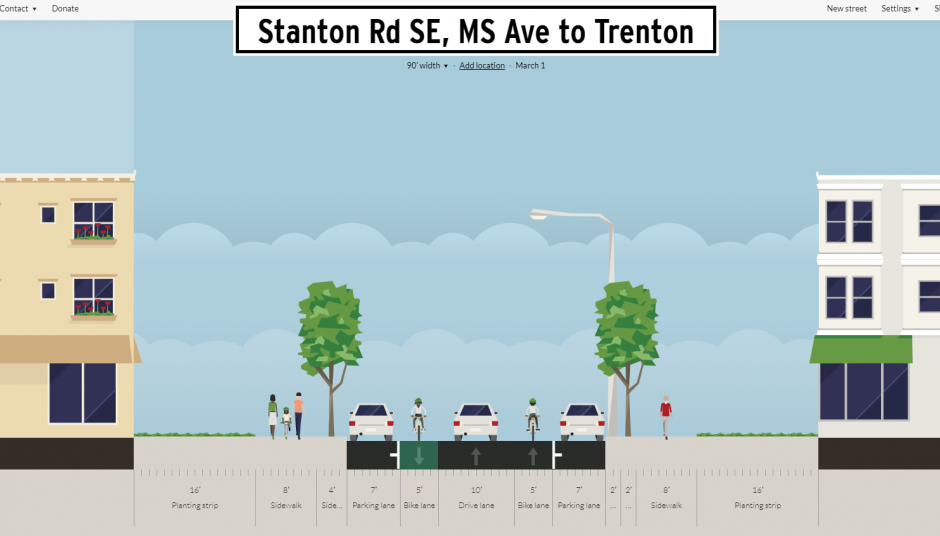 Will it affect parking?

DDOT’s approach to this project is to maintain as much parking as is there today, though it may shift from one side of the street to the other depending on the design needs of the bikeway.

Yes. The city has a growing list of similar bikeways. They have proven popular with cyclists and neighbors and evidence is clear they reduce overall crashes in a corridor. Also, because of the additional traffic calming work as a part of this project, it is expected to decrease the average speed of vehicle traffic and retain a safe, neighborhood environment not just for bicyclists but for children and pedestrians.

When will the work be done?

Installation of pavement markings and signage are scheduled for fall 2019.

Where can I get more information on this project?