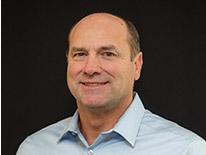 Tom is responsible for emergency management, emergency preparedness, emergency planning, and the continuity of operations. The Safety and Security Division oversees risk Management, the internal safety program and safety policies and protocols for over 1,100 employees.  Additionally, Tom oversees the physical security of eleven DDOT facilities and serves as a security consultant for the design and construction of new and existing facilities.  Additionally, Tom is the agency lead for FEMA Transportation Emergency Support Function (ESF#1)for DC and assisted in the development of the Emergency Transportation Evacuation Plan for the District of Columbia.

In 1991, Tom joined the United States Park Police where he served in many capacities. The USPP is responsible for all the National Parks in and around the District of Columbia including the famous downtown monuments and memorials and the Statue of Liberty and Ellis Island in New York City. The USPP is also the lead agency for almost all major events and demonstrations that occur in DC. During his career, Tom held a wide range of positions ranging from Firearms Sergeant, to Patrol Branch Captain and Training Branch Commander. He started the USPP Citizens Academy, a community outreach program designed to educate the public on the roles and responsibilities of law enforcement and help them understand the quick and stressful decisions that officers sometimes make.  He also initiated the Patrol Rifle Program and brought the agency to new heights in firearms training and tactical response. Tom retired in 2017 from the USPP after 26 years of service.

Tom was born and raised in the Washington, DC metropolitan area. He attended Florida State University and graduated in 1989 with Bachelor of Science degrees in Criminology and Political Science. In 2018, Tom became a Certified Protection Professional through the American Society for Industrial Security (ASIS International). He is also an FBI National Academy Graduate and holds a Master of Science degree in Organizational Leadership from Johns Hopkins University.