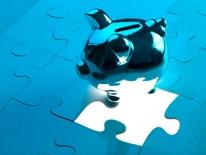 District Department of Transportation (DDOT) identifies and develops the transportation related projects for the District of Columbia Capital Improvement Program (CIP) and the annual Capital Budget. The CIP uses these recommendations as the basis for projects to include in the Transportation Improvement Plan (TIP) and Financially Constrained Long-Range Plan (CLRP). These documents, compiled by the Washington Metropolitan Council of Governments (WMCOG), provide an overview of the transportation projects desired and planned for construction over a period of twenty years.

The District of Columbia's Capital Improvement Program (CIP), the “Capital Program,” comprises the financing, acquisition, development and implementation of permanent improvement projects for the District's fixed assets. Such assets generally have a useful life exceeding three years and cost more than $250,000. The CIP document is a comprehensive, annually updated, six-year plan for the development, modernization or replacement of city-owned facilities and infrastructure and can be viewed on the website for the Office of the Chief Financial Officer. The CIP consists of the appropriated budget authority request for the upcoming fiscal year and projected funding/expenditure plans for the following five years. In most instances, the major portion of capital authority goes toward improvements or applicable activities associated with streets, bridges, government facilities, public schools, and recreational projects.

The Transportation Improvement Plan (TIP) is prepared each year by the National Capital Region Transportation Planning Board (TPB), which is the designated metropolitan planning organization for the Washington region. As a product of the urban transportation planning process, it outlines the staged development of the area's financially-constrained Long-Range Transportation Plan (CLRP), with priority projects selected for programming by the TPB, the states, and the transit agencies presented in the first year of the six-year program. The TIP is updated by state, regional and local transportation agencies each year.

The Purpose of TIP

This TIP is a multi-modal listing of the public transit, highway and HOV, bicycle and pedestrian improvements as well as ridesharing programs and transportation emission reduction measures for which the obligation of funds has been programmed. It documents the cost, implementation phasing, sources and types of funds, and describes each project included in the program.

The Constrained Long-Range Plan (CLRP) for the National Capital Region identifies the capital improvements, studies, actions and strategies that the region proposes to carry out by the year 2020. It is "financially constrained" to include only projects that the region can afford to build and operate during a 25-year period. The plan is updated at least every three years. The document summarizes regional plans and programs. Major improvements, studies, and actions included in the plan are described in this document. However, detailed descriptions of these major projects, as well as descriptions of small-scale projects not shown here, are contained in separate supplementary documents.

The plan addresses a number of other federal requirements, including meeting national air quality standards, contributing to annual emissions reductions, and considering the relationship between land use and transportation. Greatly expanded opportunities for interested citizens and organizations to participate in each stage of the plan's development were provided.