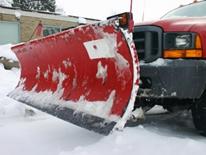 The District Department of Transportation (DDOT) works closely with the Department of Public Works (DPW) to clear snow and ice from District roadways and bridges. Together, DDOT and DPW clear and make safe approximately 2,295 lane miles, bridges, overpasses and ramps.

DDOT and DPW also work closely with the Mayor and other District agencies when deciding to declare and enforce snow emergencies.

The District of Columbia begins planning for winter weather months in advance. Equipment must be serviced, vehicles inspected, personnel trained, supplies ordered and snow removal routes evaluated to ensure readiness for the first flake, or the first icy downpour of freezing rain.

As in other jurisdictions, public safety determines the priority for snow removal in the District. Clearing and salting efforts focus first on major roads, commuter thoroughfares and designated Snow Emergency Routes. Streets that are narrow, steep, or shaded, receive special attention, as do those streets scheduled for next-day trash collection.

The District has 330 pieces of equipment and 750 personnel available for any given storm. This includes additional contract plows, if necessary, for major weather events. In addition, the District Snow Team is now using improved route plans - first implemented in 2008 - which divide the city's neighborhoods into 82 smaller, more manageable routes.

The District's Snow Team is committed to faster completion of plowing and salting along major roads and residential streets, which in turn means more rapid return of normal traffic flow and earlier resumption of trash collection and other city services. Residents are reminded to please be patient and allow sufficient time for snow operations to be implemented. If their streets still have not been treated or plowed in a reasonable amount of time they should call the Mayor's Citywide Call Center by dialing 311.

Keep up to date on the latest inclement weather reports and advisories with Snow Alerts.

DDOT and DPW remind commuters and residents to:

To clear snow and ice from District roadways and bridges.

Program at a Glance