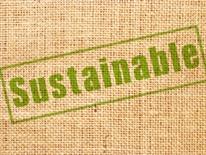 Though DDOT’s role in this city-wide initiative lies within the parameters of the Transit and Mobility theme, a sustainable transportation system affects all themes of the Green DC Agenda. Understanding the wide-reaching effects that transportation has on the District, DDOT launched an Action Agenda in 2010 to target its goals as an agency. The Action Agenda is organized around five core values and functions:

The DDOT Sustainability Plan is derived from the DDOT Action Agenda and its concepts are guided by the same core values and goals for sustainability. DDOT owns a transportation right of way that represents approximately 22% of the land in the District of Columbia. Specifically, DDOT is responsible for planning, designing, building and maintaining:

This makes DDOT one of the largest landowners in the District and it provides DDOT the unique opportunity to make a large-scale impact on the District through sustainable practices and policies. As DDOT defines sustainable transportation as a system that provides various mode choices in a balanced manner without compromising safety, accessibility and mobility while supporting the economy, promoting livability and protecting the environment. Thus, a sustainable transportation system designed, operated and maintained by DDOT plays a major role in enhancing the quality of life in the District and its attractiveness as a place to live and work.

DDOT has begun a number of initiatives that incorporate sustainability into DDOT practices. For example, DDOT oversees an active Environmental Policy, which commits the agency to the development of a sustainable transportation system. Details of this policy are provided later in this document. Additionally, the development and implementation of an Environmental Management System (EMS) by DDOT is an integral part of DDOT’s commitment to sustainability. EMS provides continual maintenance and improvements to the agency’s environmental practices.

Pursuant of the goals laid out in the Action Agenda, DDOT is actively engaged in various programs that focus on alternative mode options within the District transportation systems. For example, DDOT has invested in alternative modes of travel that helped reduce gasoline consumption in the District by more than 1 million gallons. Doing so has prevented the creation of an estimated 360,000 pounds per year of volatile organic compounds and nitrogen oxide, as well as more than 27 million pounds of carbon dioxide, the equivalent of removing 2,200 cars from District roads.

An example of one of these alternative modes of transportation is the DDOT Bicycle Program. The bike program at DDOT has added hundreds of miles of bike lanes in the city and has prompted the start of the nation’s first regional bike-sharing program. The Capital Bikeshare, launched in September, 2010 is a network of 1,100 public-use bicycles strategically located at bike stations across Washington, DC and Arlington, VA.

An example of this is the creation of DDOT’s Urban Forestry Administration (UFA). UFA cares for and maintains the District’s urban canopy and landscaping. Additionally, DDOT is now working on rededicating street space to planting plots; rethinking the way streets are paved; and developing storm water management practices that reduce runoff. Also, DDOT’s parking program made DC the first city in the nation to designate on-street parking spaces for car-sharing vehicles.

Finally, in the past 5 years, DDOT converted all of its street signals to light-emitting diode (LED) technology in an effort to reduce energy consumption. Currently, DDOT is working on testing the LED technology on its street lights.

Program at a Glance