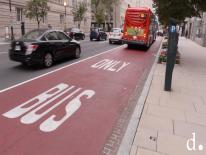 To help improve bus travel speeds and reliability for the routes that use H and I Streets (which represent up to 20% of Metrobus riders in the District), the District Department of Transportation (DDOT) implemented a bus lane pilot on both streets, roughly between Pennsylvania Avenue and 13th Street NW. The pilot operated from June 3, 2019, to September 27, 2019.

The Bowser Administration announced that the bus lane pilot on H and I Streets NW will become permanent effective November 14, 2019. Bus speeds and reliability were improved during the pilot program, and DDOT is continuing to make adjustments that will enhance the experiences of bus riders along the route.

DDOT is developing plans for changes to the bus lanes in order to address operational issues identified during the pilot. The revised designs will help to reduce conflicts with right turning vehicles across the bus lanes, provide additional loading zones, and dedicate space for bus layovers. DDOT solicited feedback on the draft concepts from the community and stakeholders in late 2020 and early 2021, in preparation for construction in 2021. DDOT released the NOI in February 2021 and welcomes community feedback.

The bus lanes are located on: 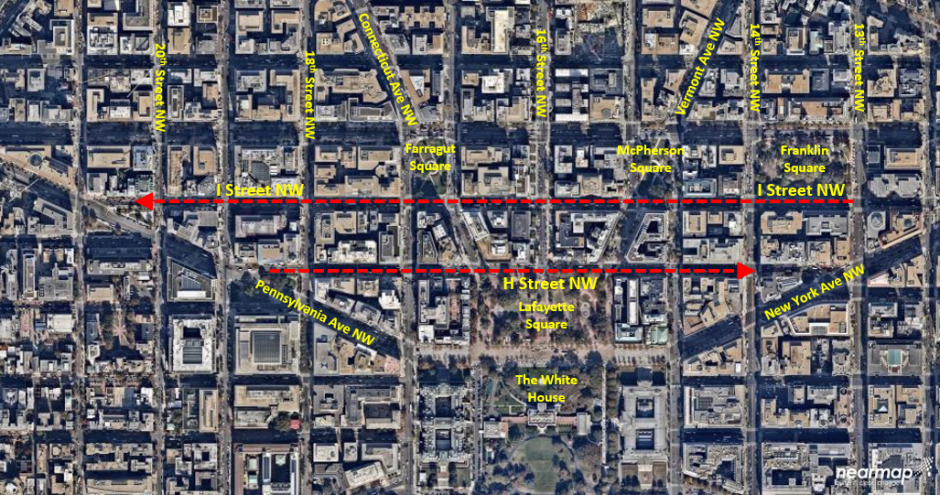